Tragedy, Tenacity and Timing Converged
to Create A New Breed of Cannabis Grower

Walking the corridors of JC Green’s facility, it’s easy to feel a sense of nostalgia. It is a former elementary school, after all. The block walls are mostly still here; the traditional Terrazzo flooring has been faithfully restored; and the time worn “PRINCIPAL” brass plate has been lifted from its original desk, finding a place of honour above the door of JC Green founder, Rob O’Neill’s office.

Down the main administration hallway, in a former classroom, they’ve kept the original blackboard. It’s actually green, like most blackboards back in the day, when Rob and his brothers and sister attended this school. 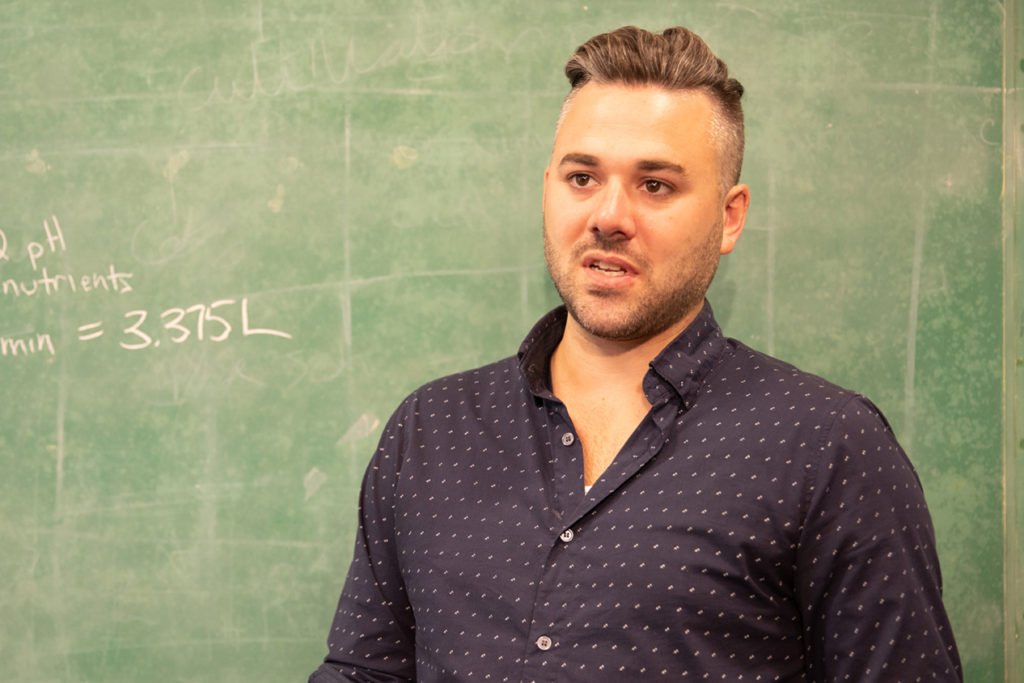 Principal and CEO, Rob O’Neill, in front of a Leesboro Central School blackboard. 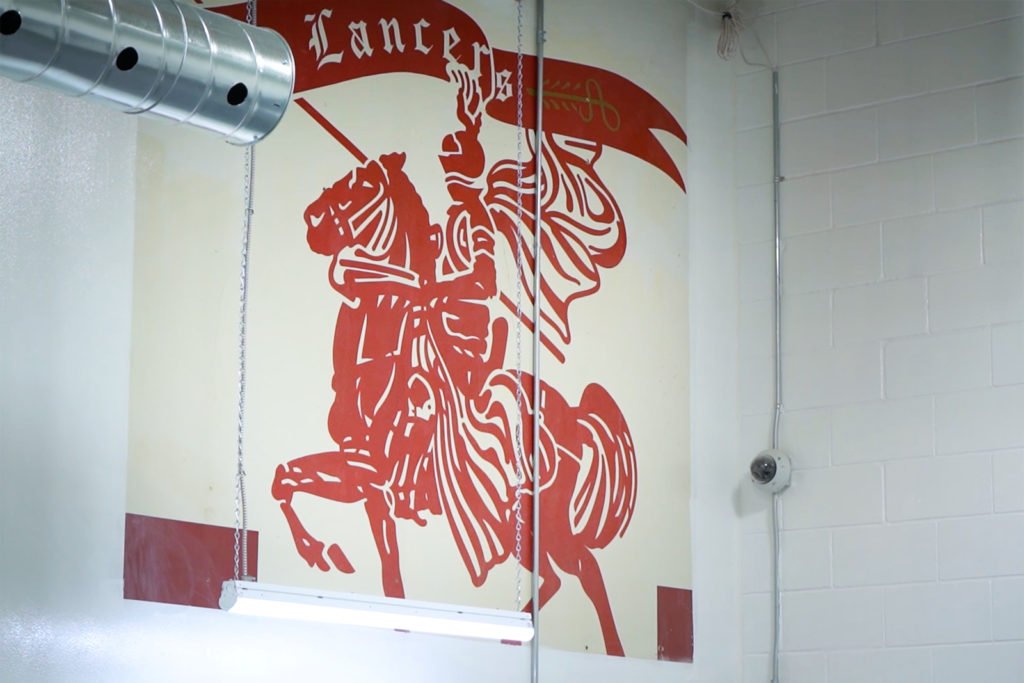 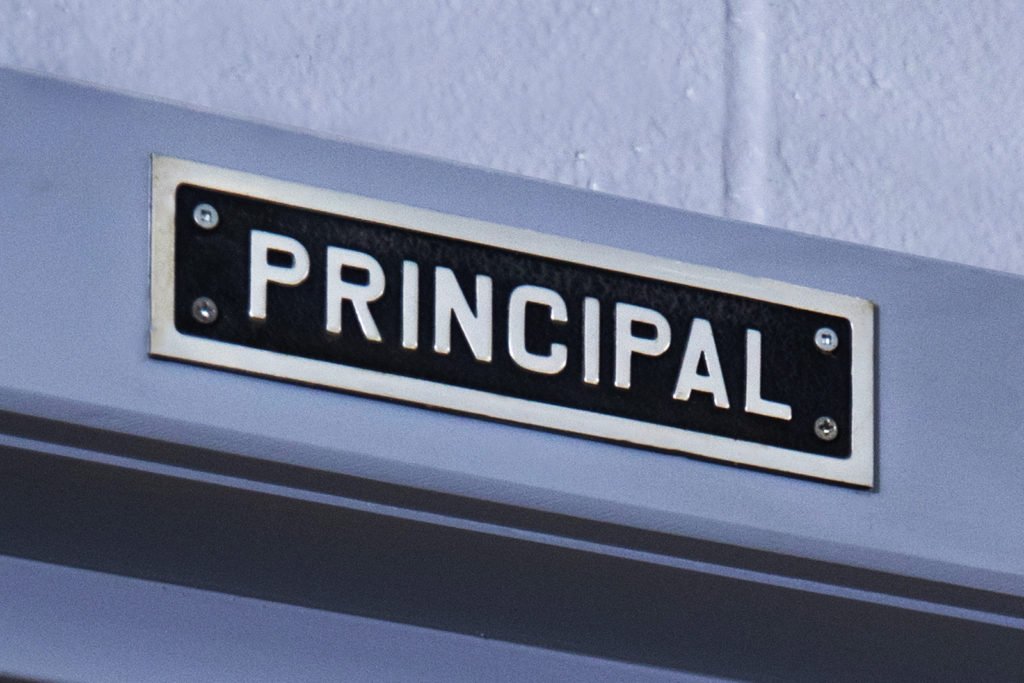 Still more reminders are present in the production room where the former school’s team emblem is protected behind plexiglass. The Lancers won their share of games, no doubt. But here, they command the room and invoke a sense of playful irreverence that you can hear and feel throughout the facility.

The laughter and kidding around that echoes through the halls of today’s Leesboro school isn’t children. It’s the JC Green team. Each one enjoying an almost child-like enthusiasm, having the time of their lives working in this remarkable place. But it’s serious work here as they cultivate a remarkably varied crop of prime genetics, culled from local, national and even more exotic locales.

A New Vision Born Out of Loss

The re-invention of the Leesboro Central School, and its personal connection to JC Green’s founder and his family, is a cornerstone of the Company’s motivations: To re-imagine, re-purpose and re-group in the face of adversity.

The origins of those motivations are the very essence of bittersweet.

A close-knit family, the O’Neill’s have had more than their share of tragedy and loss. Rob’s older brother Jonathan succumb to cancer at an early age. He was a mainstay in the Thorndale community and a noted cannabis authority who, with Rob, shared a passion for the plant.

Jonathan’s passing sent Rob’s father Don into an emotional spiral from which he could not escape. His passing, shortly after Jonathan’s, was another blow to this well-regarded family. As if that weren’t enough, Rob himself suffered serious injuries in a devastating car accident a short time later.

In each of these cases, as Rob has shared in retrospect, the use of cannabis may have lessened suffering, improved prospects for recovery and maybe, just maybe, saved a life.

“We felt the Leesboro school deserved a better future than just being forgotten.”

Saving the Leesboro school was the next best thing Rob felt he could do. That’s why, when the cannabis market began to evolve and legalization was on the horizon, Rob moved quickly to propose a new future for the old school.

Never one to take half measures, Rob went all in with his resources, his career and his commitment to create a relevant and sustainable business; one that would make a positive difference for his family, his customers and his community. He left his 14-year career as a professional with a world-class engineering firm, assembled his plans and his team – and JC Green was born

Growing Crops is Rooted in the O’Neill Family History

The newly renovated, best-in-class, 20,000 sq. ft. cannabis growing facility that was once an elementary school is, in some respects, just the latest ‘parcel of ground’ the O’Neill’s will successfully be cultivating.

Rob’s family history on the land in the Thorndale area goes back decades. These are people who know how to grow healthy, sustainable crops. Growing has shaped their family’s history, bound them together and with the community in a way that is unbreakable, despite the tragedies and setbacks.

They come to growing cannabis as a natural extension of their legacy as farmers. It may be a new industry to some – but growing is nothing new to the O‘Neill’s. 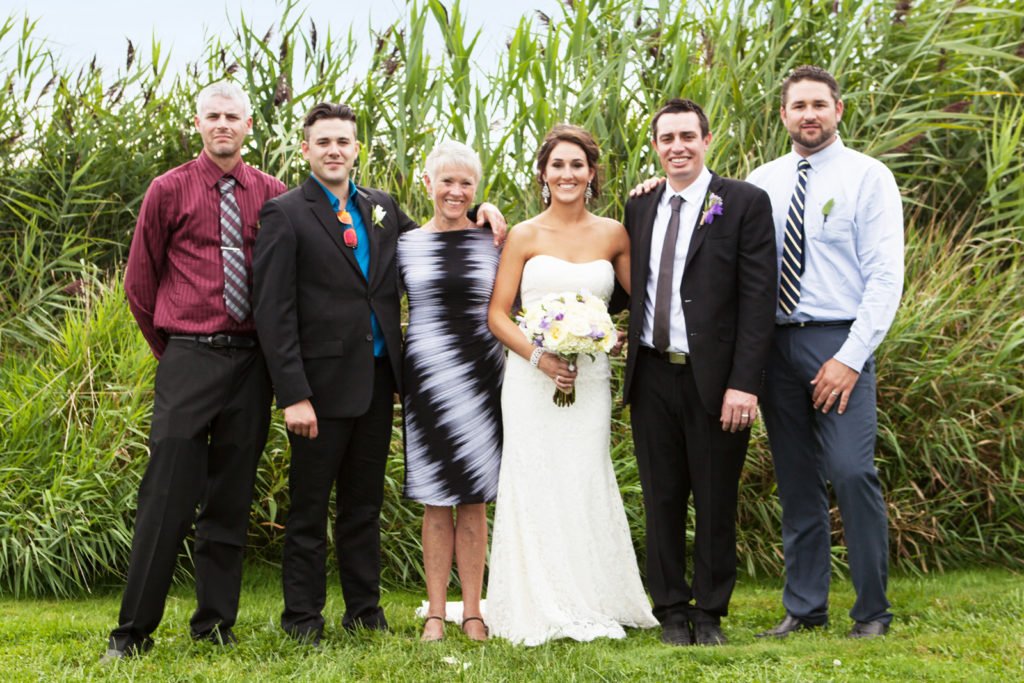 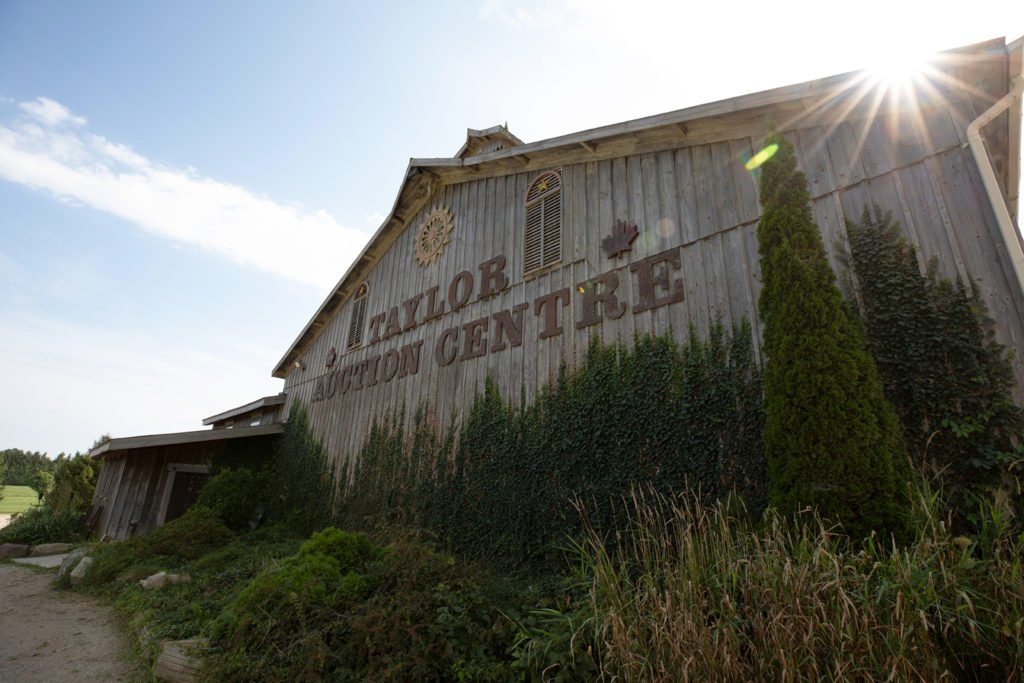 The O’Neill and Taylor families have a long-standing connection to the Thorndale community. 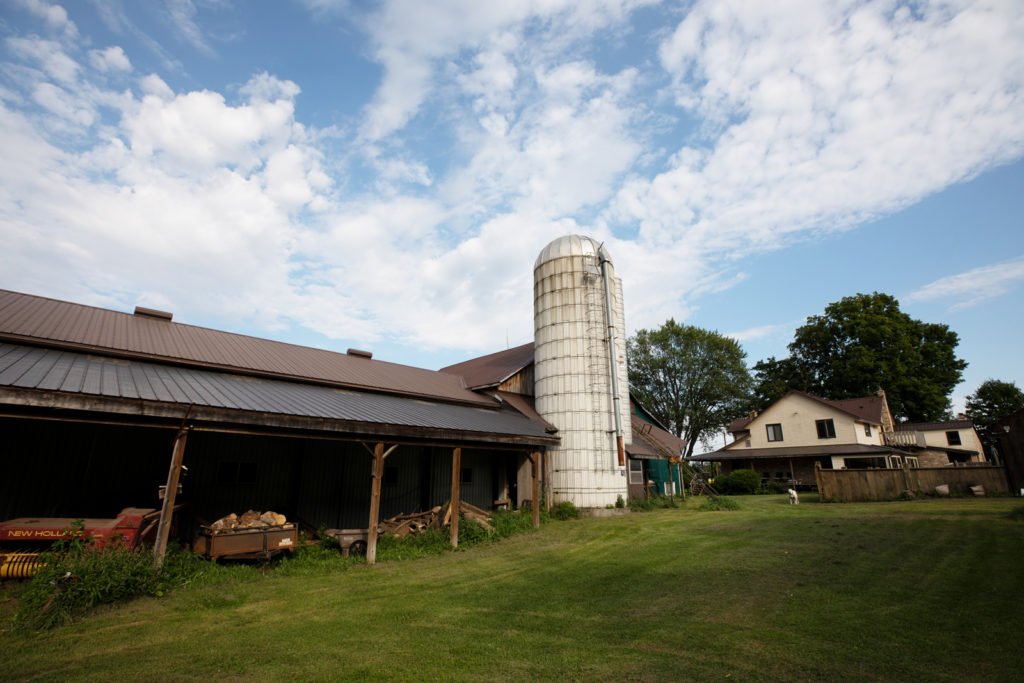 The current O’Neill family homestead, just down the road from the JC Green Cannabis growing facility.

A New Future for Cannabis

The real-life story of tragedy, loss and re-invention for the O’Neill family is at the core of what JC Green is all about. This is a cannabis grower that wants to help others re-invent their quality of life. This is an enterprise firmly rooted in the community, with a commitment to bring greater opportunity to the people who live here and who value the rare lifestyle Thorndale offers.

Look beyond the fascinating story of an abandoned farm country school brought back to life, and you’ll discover a resilient and courageous family who are bringing a new level of humanity to growing cannabis.